SeniorAdvisor.com Blog > Blog for Families > In Defense of the Crazy Cat Lady

In Defense of the Crazy Cat Lady 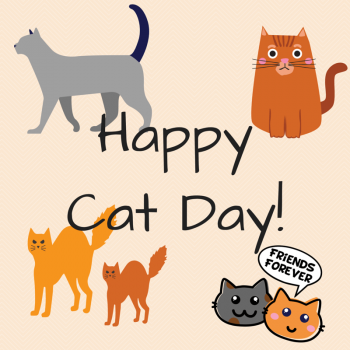 Cats make wonderful pets. They are cute and can be playful. Their fur is soft and pleasant to run your fingers through. They are low maintenance: leave out food, water and a sandbox and you can leave them alone all day. Cats lend themselves to our urban lifestyle in America, not demanding to be walked twice a day as dogs will. Yet they are welcome on farms because they take care of rodents that otherwise are pests. In fact, cats as pets are three times more popular than dogs, not just in the U.S. but in the world.

Still, there is that image of the Crazy Cat Lady, disheveled, mumbling incoherently, alone and constantly surrounded by innumerable cats. If you like cats, you may be able to understand how she gradually arrived at such a state. One of my friends was nearly that Crazy Cat Lady!

In honor of National Cat Day this October 29th, I’m sharing my friend’s story with you.

Often it seems that we don’t adopt cats but that cats adopt us. She was living in a mountain village some years ago when a juvenile gray cat followed her home from her morning walk, purring all the way. She asked around if anyone had lost a cat – no one had. So she kept her. She was a wonderful companion. But she wasn’t the first cat to adopt her.

As a girl living at the edge of a canyon in California, she and her friends were playing in the backyard when a large gray striped cat approached the group. They decided that the cat’s fur was as soft as chiffon and so they named the cat “Chiffon.” The cat continued to frequent her house and the house next door where her friends lived. But when the mothers spotted Chiffon, they declared the cat to be clearly male – but the girls still loved the name, Chiffon. It didn’t matter to them. The name stuck and Chiffon wandered between the two houses contentedly for years.

Later, living on her own, a very pregnant cat took up residence in her covered patio. Noting her condition as a mama-to-be, she didn’t have the heart to send her away because it was the rainy season, but neither would she let her in the house. So she let her stay in the patio, feeding her and thinking that once she gave birth, she would move on. Ha! She came home one evening to find four of the cutest little kittens nursing at the momma’s breast. One was orange striped, one was pure black, and two were gray striped like their mother. They were skittish but she held each of them in turn and played with them. They were so cute that she wanted to keep them all.

It was a decisive moment in her life – she was on the verge of becoming a crazy cat lady. It had started with just one cat in the patio. Now it was five cats and in six months or so it would likely be seventeen. She did the math. It was just not feasible. As cute as they were, when the kittens were old enough she found homes for all of them but the black one. That one she named “Gordo” because his fluffy fur made him look fat.

When she dropped off the last of the kittens at her new home she sighed with relief. She had dodged a bullet – the Crazy Cat Lady bullet. Over her lifetime she has owned a dozen or more cats, one or two at a time.

“Ella Mason and Her Eleven Cats” by Sylvia Plath, 1956

In her ramshackle house off Somerset Terrace;

On seeing our neighbor’s cat-haunt,

Saying: “Something’s addled in a woman who accommodates

Is Life Insurance Worth It?
Medicaid Specialist vs Elder Law Attorney