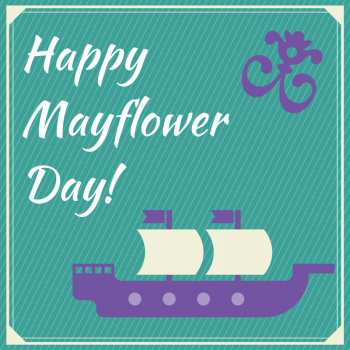 Mayflower Day is a day where communities can get together and have fun and have their memories refreshed on the ship that once brought over the first New World settlers. Let’s take a look back in history and then look at how we recognize this day today.

History and Facts About the Mayflower

How You Can Celebrate Mayflower Day

Mayflower Day is celebrated on the 16th of September each year. This day is in commemoration of the brave and courageous individuals, men, women, and children, who came to America to escape to the New World. They were in search of freedom to practice their language, culture, and customs. They were the first immigrants to have taken such a risky and courageous journey across the sea in search of a place that others could eventually follow them to.

This day is observed in numerous ways. Often, schools will hold organized days of celebrating this day by having fun activities for families to participate in. Arts and crafts resembling memorabilia from those days and musical performances might take place. Communities have local celebrations with contests and perhaps small events and fun activities organized in the city square to remember the bravery of these first settlers.

If you are in the Plymouth area, there are events and festivities that commemorate this day. Pilgrim Hall Museum would be a great place to visit on this special day and visitors are allowed to touch a portion of the original Plymouth Rock (even if it’s not Mayflower Day).

If you are interested in seeing which famous descendants were on the Mayflower, you can look up The Mayflower Society online. Some well-known descendants include:  John Adams, Ulysses Grant, Julia Child, Katherine Hepburn, and Noah Webster. Take a stroll down history lane and learn more about these courageous individuals who helped formed the New World.

Are you a descendant of the Mayflower? Share your family history in the comments!