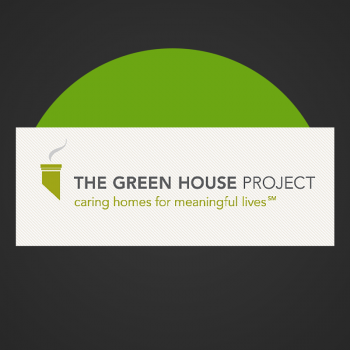 Nobody gets excited at the idea of moving to a nursing home. The typical image most of us have of homes for elder care is cold and institutional. That hospital-like environment with long hallways, shared rooms, and seniors dependent on overworked nurses who can only give them a few minutes at a time – that doesn’t have to be the way it works.

After working in a nursing home in the early 1990’s, Dr. Bill Thomas was disturbed by how much loneliness he saw his patients exhibiting. The Harvard-educated geriatrician responded by starting the Green House Project to help give more seniors a better option.

What is the Green House Project?

Green houses take a concept similar to that which fueled the growth in assisted living – that seniors deserve a better lifestyle than they can achieve in an overcrowded nursing home – and applies a few new ideas to the model.

The project started with a simple idea in 2001 that turned into the first green house in 2003, but in the years since green houses have seen rampant growth in popularity. Currently there are over 260 green homes in 32 different states.

The loneliness Thomas saw in his nursing home patients is a real and serious phenomenon. Studies have found high rates of depression amongst seniors living in nursing homes. For any senior already susceptible to health problems due to an illness or weak immune system (which is true of many seniors in nursing homes and assisted living facilities) the influence of stress or depression on their bodies can be as devastating as it is on their minds.

By emphasizing community, independence, and personal care, green homes seek to avoid those effects and keep residents feeling lively throughout the late years of their life.

Based on the results of the green houses established so far, it works. Seniors living in a green house have 25%-51% lower hospitalization rates and fewer pressure ulcers. And a whopping 97% of the seniors and their loved ones that have tried green houses prefer them to nursing homes.

Who are they for?

Everything we’ve described sounds expensive. It’s easy to assume that this type of personal care and comfortable environment is only possible for seniors with a sizable retirement fund.

Many of the green houses actually accept Medicare and Medicaid and cost an amount comparable to the typical nursing home. That doesn’t quite mean they’re accessible to be everyone, it’s a relatively new movement and some areas of the United States just don’t have any yet. And because of the insistence on a small size, even if there is one close to you it might be hard to grab a spot there.

If it sounds good to you though, it’s worth checking out what’s nearby.  The movement’s growing and new green houses are founded every day. If there’s not one in your area yet, you may still be able to find a good assisted living home with comparable conditions close to home in the meantime.

Benefits of Running
How to Pack for a Cruise