Many Americans mistakenly believe that they or their parents would have to have nothing in order to be eligible for Medicaid. This is a costly myth because families who assume their parents won’t qualify can end up spending lots of out-of-pocket money for services that Medicaid would cover. 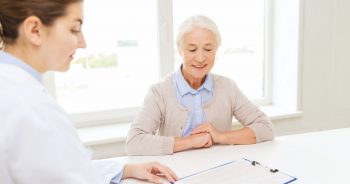 Before you write off Medicaid as an option to pay for your parents’ senior care, make sure you’re not operating under any of these mistaken notions:

1. My aunt in another state can’t get Medicaid so my parents won’t, either.

Medicaid, unlike Medicare, is a joint federal-state program that has different eligibility requirements in each state. That means you can’t assume anything about your parents’ eligibility based on the experiences of friends or relatives in other states. You’ll need to talk to the Department of Health and Human Services in your parents’ state to find out if your parents meet the asset, income and look-back requirements for their state’s Medicaid program.

2. My parents are afraid they can’t give cash to their family for five years or they won’t get Medicaid.

It’s great to be concerned about the Medicaid lookback rules because they can affect your parents’ eligibility for the program. The first thing they need to do if they have cash they’d like to gift to family members is to find out how long their state’s Medicaid lookback period is — usually three to five years. If they give large cash gifts during that period, their eligibility for Medicaid will be delayed, but not rejected. The amount of delay is based on the costs of care in their area and the amount of money they gave as gifts during the lookback period. Forbes explains that Medicaid will divide the amount your parents gave away during the lookback period by the average monthly cost of the care they need. For example, if your parents gifted you $60,000 last year and now your dad needs $6,000-a-month nursing home care, they’ll be eligible for Medicaid funding 10 months after they apply.

3. My parents don’t qualify for Medicaid because they have an income.

Again, your parents don’t need to be impoverished to qualify for Medicaid. Each state sets its own income limits for Medicaid recipients. A two-person household with an annual income of up to $32,155 may qualify for Medicaid in Texas, depending on other factors such as assets and need. The same couple can have a yearly income up to only $21,307 to be eligible for Medi-Cal, California’s Medicaid program.

4. My parents don’t want to live in a nursing home, so they can’t use Medicaid.

States offer different community-based long-term Medicaid care options for seniors. These can include in-home care, payments to family members who provide care and assisted living as well as nursing home care. Details and program wait times vary by state, so as with eligibility, you’ll need to talk with the Health and Human Resources department where your parents live. Even if your parents don’t need Medicare right now — or don’t qualify for it yet — there may come a time when they need it. The more you know about the process now, the better off your family will be later.

5. My parents own a nice home so they can’t get Medicaid.

Your parents’ house most likely won’t count toward your asset limit when applying for Medicaid. According to the American Institute of CPAs, your parents can keep their home after one of them goes into Medicaid-funded nursing home care as long as your other parent, one of their minor children, or an adult child with a disability lives in the house. In states that offer Medicaid-funded in-home senior care, recipients can live at home while on Medicaid.

6. My parents think they can conceal their assets to get Medicaid now.

The topic of hiding money to apply for Medicaid comes up frequently, but it is a bad (and illegal) idea. Medicaid workers will examine your parents’ finances over the past three to five years (the “lookback period”) to verify that the application is accurate and that your parents made no disallowed transfers. If they discover a discrepancy, your parents’ eligibility for Medicaid may be postponed — at best. At worst, they (or whoever helped them file the inaccurate application) could face a felony conviction.

7. My parents want to leave something to their heirs, so they can’t use Medicaid.

The American Institute of CPAs says this may or may not be the case and that it depends on the Medicaid expense recovery rules in your parents’ state and how your parents’ assets are structured. In every state, federal law allows Medicaid programs to attach a lien to your parents’ home so that the state gets repaid for your parents’ care after they pass away, although some states don’t do this. State Medicaid programs can also try to recover any of your parents’ assets that go through probate after they pass away, which means that things not bequeathed in a written will may go to the state. In some states, even items that don’t pass through probate can be recovered to offset your parents’ Medicaid expenses. If your parents are set on leaving cash, property or other valuable assets to their heirs, they should talk with an eldercare attorney or a senior financial advisor about how and when to arrange their bequests — and whether leaving an estate is possible. Ideally, they’d do this planning at least five years before they expect to need Medicaid, to steer completely clear of the lookback period.

For detailed information about Medicaid-certified care options near you, call SeniorAdvisor.com at: 1-800-805-3621.