Ask anyone who writes about senior care or works in the industry and they’ll tell you there are a lot of misunderstandings about different parts of the senior care. So we’re using the blog to bust a few myths about senior care, with the hope that you can use this information to help your family make the most of the resources that are out there for you. 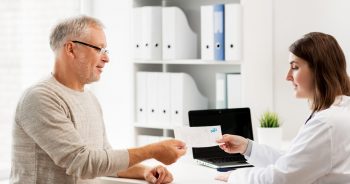 Today’s myth is a common idea that Medicare and Medicaid are the same things.

Are Medicare and Medicaid the Same Thing?

Medicare and Medicaid are two of the most important programs in senior care, but many Americans don’t know much about them.

The basic difference between the programs, as described by the U.S. Department of Health and Human Services, is that Medicare is a health insurance program and Medicaid is a health assistance program. Some people who receive Medicare also qualify for Medicaid, but it’s not an either-or choice.

Facts About Medicare and Medicaid

Here are some facts about both Medicare and Medicaid to help your family make the most of the resources available to you:

Medicare provides health insurance. The program is divided into several smaller parts that each have different benefits. Medicare Part A and Part B are also called Original Medicare.

You also have the option to add Part D for prescription drug coverage and there’s a Part C as well. Part C is a Medicare Advantage plan that covers the same things as Parts A, B and sometimes D. Unlike Original Medicare (Parts A and B), Part C plans are run by private insurers with Medicare approval.

As with most insurance plans, Medicare participants pay premiums and have copays. Medicare is the same everywhere in the U.S.

For people who can’t afford to pay Medicare premiums and copays out of pocket — and for people who aren’t eligible for Medicare but who can’t afford private insurance — Medicaid can help cover costs. Unlike Medicare, Medicaid covers the cost of long-term assisted living and nursing home care, which is not covered by Medicare. The details of what Medicaid covers depend on where you live because each state has its own eligibility requirements and services.

Who Is Eligible for Medicare and Medicaid

Medicaid eligibility rules vary by state. In general, Medicaid is available to families with few assets besides a house and car, those with certain disabilities and those with low-income. Medicare recipients may also be eligible for Medicaid. You can use the map tool at Medicaid.gov for details about eligibility, programs and quality of services in your state.

Who Pays for Medicare, Medicaid and Senior Living

Medicare pays for home health services if you meet several conditions. They include:

Medicaid pays for long-term nursing home care in an approved facility. In fact, 60% of American seniors in nursing homes rely on Medicaid to cover the cost of their care. That’s because the average yearly cost of nursing home care is about $82,000, according to the Kaiser Family Foundation.

Medicare also pays for short-term stays in approved skilled-nursing facilities for seniors who have been hospitalized for a minimum of three days and whose doctor certifies that they need skilled inpatient rehabilitative care.

Who Runs Medicare and Medicaid

Medicare is run entirely by the U.S. Department of Health and Human Services, through the CMS (Centers for Medicare and Medicaid Services). Medicaid, on the other hand, is jointly funded and run by CMS and each state’s health department. Although there are federal guidelines and standards for all Medicaid services, each state has the ability to tailor Medicaid services to meet its residents’ needs and the state’s budget.

For more information on Medicare and Medicaid-certified senior care options near you, talk with our experts at: 1-800-805-3621.