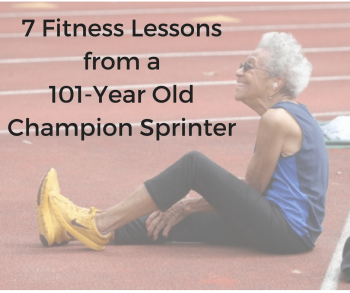 Ida Keeling was 100 in April when she set a world record at the Penn Relays in the 100-meter dash event. Her record-setting time in the 80-and-older category was 1:17.33. How does she do it? Keeling, who started competing at age 67, has been asked by reporters from TV networks, magazines and newspapers about the secret to her success. Her advice is simple and is something almost all of us can follow.

Beyond her words, Keeling sets an example by what she does. Not everyone can be a competitive sprinter, but the concepts at the heart of her success can be adapted for people in all kinds of circumstances.

Lest you think that Keeling is alone in maintaining athletic skill at her age, think again. 100-year old Ella Mae Colbert of South Carolina unofficially broke Keeling’s record just a couple of weeks later, with a time of 46 seconds. The rest of us are going to have to work harder to keep up. You can find more senior fitness inspiration on the SeniorAdvisor.com blog.

These 3 Dancers Will Inspire You to Get Moving
Want to Feel better? Volunteer Your Time