SeniorAdvisor.com Blog > Blog for Families > 5 of History’s Most Famous Dogs

5 of History’s Most Famous Dogs

Dogs have been our companions for thousands of years. Archeological findings from as far back as 12,000 B.C. show evidence of humans alongside domesticated dogs. All that time, dogs have been making our lives better. There’s research suggesting that dogs are good for our health and, if anything, those benefits only increase for seniors.

While anyone that currently has a dog in their life already knows how helpful and special they can be, a few dogs have managed to gain a reputation beyond their own households and make their mark on history. For National Dog Day on August 26th, we bring you some of the most memorable.

Did you know a dog was once king of Norway? According to an old Icelandic poem, in the 11th century the king Eystein conquered the Norwegian city of Trondheim and installed his son as king. The locals did not take too kindly to their new king and quickly killed him, so in response, Eystein gave them the choice between being ruled by his servant or his dog. They chose the dog and for three years, Saurr was treated with all the respect given to a proper king – he wore gold collars and was carried by courtiers. He continued to “rule” the land for three years until his assassination at the hands (or mouths, rather) of wolves.

Monks living near the St. Bernard Pass, a snowy and especially dangerous route that travelers would often take to get from Italy to Switzerland, started training St. Bernard dogs in the 17th century to save people that got stuck in the snow. While many dogs over the years served in this role, one gained a reputation for special bravery. Barry racked up a count of 40 rescues over his twelve years of service,  including one of a small boy he carried back to the monastery on his back when the rescue team couldn’t get to him. 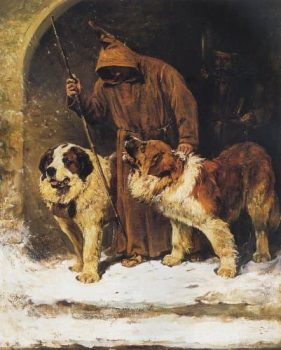 St. Bernards To The Rescue Painting by John Emms

Rin Tin Tin is easily one of the most famous dogs of all time. Most people know him as a movie star from the days of classic Hollywood, but before that he was a war dog.  A soldier from the United States, Corporal Lee Duncan, found him left behind in a kennel that had recently been hit by an air raid. He adopted him, took him home with him to California and trained him in various tricks. With some friends working in the movie industry, it occurred to Duncan that Rin Tin Tin could be in movies. He worked to get the attention of the local studios and the rest is history. He appeared in 27 movies over the course of his life, almost all of them big box office successes. 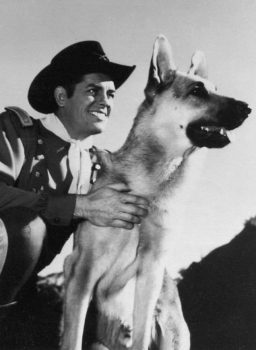 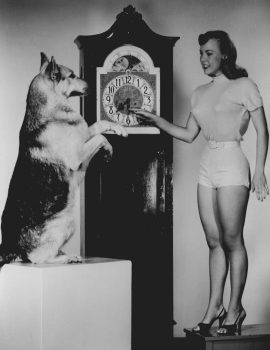 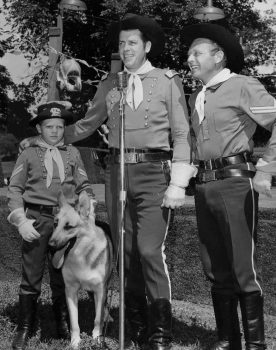 Rin Tin Tin isn’t the only dog on our list made famous by Hollywood. Balto was the star of a 1995 animated film that helped make his plight famous. But in his own time, he was plenty famous already.

In 1925, a small town in Alaska found itself running short on the medicine needed to treat an unexpected outbreak of diphtheria. Unfortunately, the weather at the time made it impossible for a person to deliver the serum they needed by plane. The best solution officials could come up with was sending it with dog sled teams. The teams faced a dangerous blizzard and had to make the trek through extremely difficult conditions, but with the help of Balto and the other Siberian Huskies saddled with the task, the medicine made its way to the town and helped save the sick citizens. 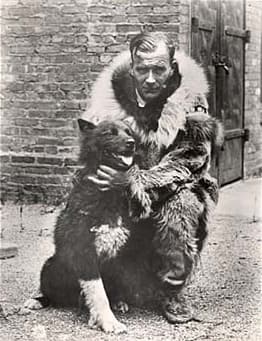 Balto with his owner Gunnar Kaasen 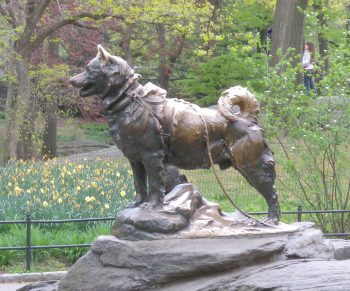 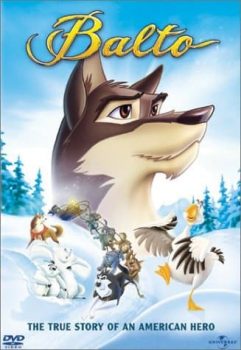 Laika likely spent much of her life as a stray dog on the streets of Moscow (at least that’s where Russian officials found her). Russian officials determined that her size and demeanor made her a potential candidate for a historic position: first dog in orbit. Her launch into space on November 3, 1958 has ensured that her name will be recorded in the annals of history, but unfortunately Laika herself didn’t last very long. She died of overheating within a day of takeoff.

Her unfortunate demise was not the end of dogs in space though. Strelka and Belka made it into orbit and back intact two years later in 1960. Strelka even lived long enough to birth a puppy that became a pet of the Kennedy family. 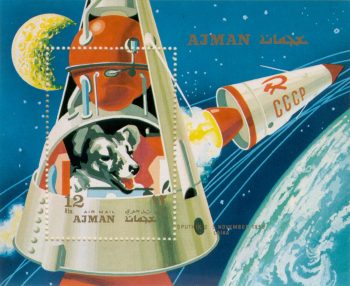 That’s far from a comprehensive list of the famous dogs in history, but they’re some of the standouts. If you’re a dog lover, celebrate National Dog Day by giving a little extra attention to your pet or a donation to your local shelter.

History of Labor Day
A Guide to Senior Housing in Canada