SeniorAdvisor.com Blog > Blog for Families > Caregiving > What are the Symptoms of a Heart Attack?

What are the Symptoms of a Heart Attack? 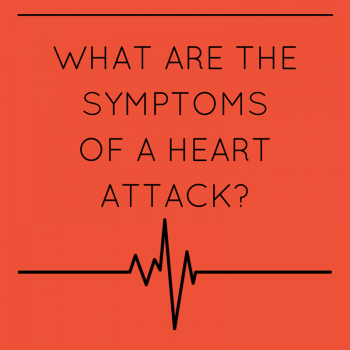 For all the attention cancer gets in our culture, heart attacks are actually the leading cause of death in both men and women in the United States. That’s serious, but what makes that fact more heartbreaking is that most of those deaths are preventable with proper treatment.

That should make the solution simple, right? If you know what to look for, your risk of dying from a heart attack becomes significantly lower.

Unfortunately, recognizing those symptoms is more complicated than most people realize.

When you picture someone having a heart attack, what do you imagine? The familiar image of someone clutching their chest in obvious pain happens to some, but it’s not how it happens most of the time.

Many people who suffer heart attacks have a series of small, hard-to-recognize symptoms. They can live for weeks or more without knowing anything serious has happened.

Doctors call these silent heart attacks and they’re very common. In a study of older adults, participants suffered invisible heart attacks at twice the rate of more recognizable ones.

The main symptoms that indicate a heart attack are:

This can take on a few different forms. It can be severe, like something extremely heavy is sitting on your chest; or milder, like some uncomfortable squeezing. It can last for a few minutes and go away, or stick around until you get it treated.

In some cases, the pain of a heart attack will show up in other parts of the upper body – your arms, neck, jaw, back or stomach.

During, after, or leading up to a heart attack, patients sometimes find it harder to breathe while completing everyday tasks.

Breaking out into a cold sweat, nausea, and lightheadedness

Many people wrongly attribute these symptoms to the flu, when they’re really pointing toward a heart attack. If it happens, it’s worth getting checked out.

A lot of different factors can lead to difficulty sleeping, but if you can’t figure out another cause for it and it comes coupled with any of the other symptoms on the list, talk to your doctor about it.

As with difficulty sleeping, fatigue is a side effect of a number of other issues, but if you’re experiencing it along with some of the other symptoms, it may be related to a heart attack.

How Symptoms Differ for Women

Many people aren’t aware that women tend to experience heart attacks differently than men do. That familiar image of the man clutching his chest – that’s a more common experience for men than women.

For women, some of symptoms further down on the list are the most likely ones to show up. Fatigue, jaw pain, nausea – these are all common symptoms for women, all of them unfortunately easy to attribute to any number of other things.

Men have a greater incidence of heart attacks, but women die of them at higher rates. The confusing, not-so-serious-seeming symptoms are behind the discrepancy.

That doesn’t mean that every time you’re a little tired, short of breath, or nauseous, it’s a hard attack. But it means you shouldn’t ignore or write off those symptoms when they occur. Especially if you feel even the slightest bit of chest pain or pressure, go to your doctor.

When it comes to heart attack symptoms, it’s better to overreact and stay alive than it is to ignore them and leave your family sooner than you have to.