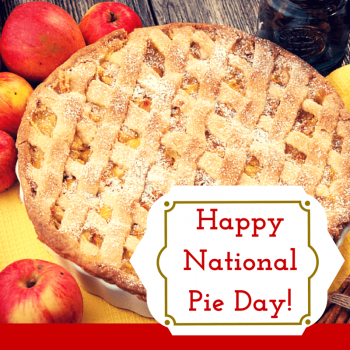 The enjoyment of good food has always been a delight, and of course the golden rule is to keep meals simple and nutritious. If you are not an expert at making rich pastries with delicious fillings, there are plenty of recipes online which range from simple family fare to splendid ideas with natural ingredients. Both sweet and savory pies in advertisements became the symbol of happy family life in America in the early 1900s.

Refreshingly New, Tasty Crusts and Fillings
The basic concept of pies has changed very little throughout the ages, with the first pies being very simple and mostly with savory fillings. These flaky pastry snacks have been around since the early 19th century and loved by the working class who relished a quick meal sold by street vendors.

In our health conscious age, natural, unprocessed fillings and pastries appeal to both savory and sweet pie lovers. One of the easiest crusts for a pie was an olive oil crust which became famous in the 1920s by the Wesson Oil Co. They were very innovative and added their special recipe to labels.

While people are always looking for new ideas with pies, it can be fun looking back to see what the top three pies from the 1920 were.

From Decadent to Sweet and Tangy

Tantalizingly decadent, it wasn’t long before savory gave way to sweet and the Key Lime Pie became everyone’s favorite. The filling of the most delicious Key Lime Pie comes from the recipe of an old woman who ran a small Florida Keys boarding house in the 1920s. It was her inclusion of real vanilla bean ice cream to these pies which was the secret to their immense popularity. With ingredients such as Honey Graham crackers, Honey Nut Cheerios, cream butter, brown sugar, cardamon, egg yolks, condensed milk and Key Lime juice, the old boarding house keeper knew she could please her boarders with plenty of flavor.

As American as Apple Pie

“As American as apple pie” is a saying which means “typically American.” The apple pie served with whipped cream or ice cream has been part of American culture since the early 1900s. Think summer picnics and apple pie looks just right on the table. Apple pies were one of the top three pies from the 1920s, made with fresh apples and with long strips of sweet dough criss crossing the apple. Grandma’s apple pie recipes, with the old fashioned flavor of real apples cannot be matched by store-bought apple pies. America loves apple pie, and fresh warm apple pie is still as popular as ever when people want to enjoy special ‘olden-day’ times with family and friends.

Who can deny the appeal of whoopie pies? Made popular in the 1920s with different fillings, these pies have such great appeal that whoopie pie lovers from far and wide travel to Strasburg, Pennsylvania for the Whoopie Pie Festival. Many food historians claim that Amish housewives in Pennsylvania Dutch Country made the first whoopie pies. Today these pies, also known as Gobs, are a staple in roadside stands, grocery stores, gas stations and farmers markets. What makes these pies so popular is that these favorite chocolate pies with white icing can be eaten by hand. Today more than 60 different sweet and savory flavors and variations of the pie are available, anything from jalapeno cornbread to vanilla and peanut butter.

Foodie Favorites that have Stood the Test of Time

The people of the 1920s belonged to a creative, simpler, sweeter time and many of us long for memories of foods and people of yesteryear. The Key Lime Pie, apple pie and whoopie pies are all traditional foodie icons from a by-gone era and each one is still regarded as a real treat today.