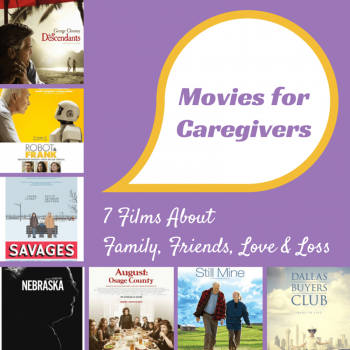 Movies have a truly unique ability to reach our hearts and minds. Whether they whisk us away to a fantasy far removed from our real lives, or touch something inside us in a way that nothing else can, a wonderful film can be both a journey and a mirror.

Films about caregiving are certainly no exception. As aging family and friends impact all of us, it’s more important than ever for the movies to reflect our lives and communicate our truths and realities. Some, of course, do this better than others.

In this post, we take a look at seven movies that shine a light on caregiving in various ways, from humor to tragedy to the joys and challenges of the every day. Which are your favorites, and which movies about caregiving did we miss? Let us know in the comments!

A 2011 movie starring George Clooney, The Descendants takes a tragi-comic approach to end-of-life issues and the varying emotional responses that naturally come with major life changes. With its focus on family endurance, it’s a well-done reminder of our abilities to heal in the face of hardship.

A recent film by Alexander Payne, who also helmed The Descendants, Nebraska looks at caregiving from the male perspective. Although the film is often bleak, down to being filmed in black and white, it also shows how two men can find love, warmth, and respect in the context of aging and acceptance.

A tour de force by leading man Frank Langella, Robot & Frank “works as both a quirky indie drama and as a smart, thoughtful meditation on aging” (RottenTomatoes.com). A premise that seems silly – an elderly ex-con gets a robot butler – instead examines the process of aging with wit and humor. 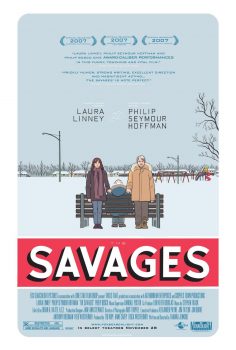 This 2007 film starring Philip Seymour Hoffman and Laura Linney looks at how caregiving impacts the caregivers. Playing a brother and sister, the two leads return home to care for their once-abusive father and discover maturity, commitment, and compassion in the process.

A darker look at family caregiving dynamics, August: Osage County boasts an incredible cast including Meryl Streep and Julia Roberts. Caregivers will recognize the challenges of balancing caregiving across family members and the spectrum of emotions faced by aging parents as caregiving becomes a necessity.

A less traditional perspective on caregiving, this story of an AIDS patient who finds love and support in his efforts to beat the disease highlights the importance of building a community in the face of illness.

This graceful, tender examination of growing old together features heartwarming performances and an inspiring story of the bonds, sacrifices, and joys of marriage and commitment.

Find ratings, reviews, and more information about assisted living in Dallas and other cities at SeniorAdvisor.com.