What is Lewy Body Dementia? 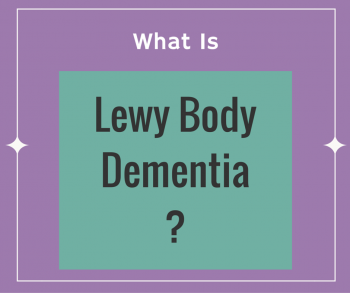 As the number of seniors affected by Alzheimer’s continues to grow each year, the subject has become such a frequent topic in our culture that it’s often treated as synonymous with dementia in common usage. In fact, dementia is a broader term that describes the effect of a number of illnesses and healthcare issues beyond Alzheimer’s. One of the most common causes of dementia, after Alzheimer’s, is much less widely known, yet still affects a large number of seniors.

What is Lewy Body Dementia?

Lewy body dementia is believed to affect over 1 million people in the United States, but it’s also believed to be widely undiagnosed due to how similar the early symptoms are to other forms of dementia. LBD is most common in seniors, usually appearing at some point after the age of 50, although cases occurring in younger people do also exist. Like Alzheimer’s, LBD is a progressive disease, meaning those who are diagnosed with it can expect the symptoms to get continually worse over time.

LBD can be divided into two primary types: dementia with lewy bodies and Parkinson’s disease dementia.

Cases of lewy body dementia can vary considerably for different patients, which is part of why doctors find it so challenging to diagnose effectively. Some of the symptoms you or a loved one may experience if you have LBD are:

What to Do If You Think You Have LBD

The first step to take if you suspect you or a loved one is suffering from lewy body dementia is to head to your doctor with your concerns. They can help you determine if LBD is actually to blame, or if the symptoms your loved one experiences could be pointing to something else.

While there’s no cure for LBD, an early diagnosis will put you and your loved one in a stronger position to treat the disease’s symptoms effectively. Since one of the symptoms of LBD is having sensitivity to the drugs commonly prescribed for hallucinations, and hallucinations are also a common symptom of LBD, a proper diagnosis will help your physician ensure that they’re prescribing drugs that it’s safe for the patient to take.

Which LBD treatments will be proper for your loved one will depend on the main symptoms they’re experiencing, but many of those symptoms can be minimized with the right pharmaceuticals or therapeutic care. Your doctor can help talk your family through what to expect and what you can do to help your loved one through the experience of living with LBD.

Even though it doesn’t get as much attention, the dementia caused by LBD can have a significant impact on the lives of those affected. Recognizing the signs of LBD early and getting the proper treatment is important to ensuring the final years of your loved one are as comfortable and pleasant as possible.

5 Ways to Show Love Beyond Valentine’s Day
What is Palliative Care?