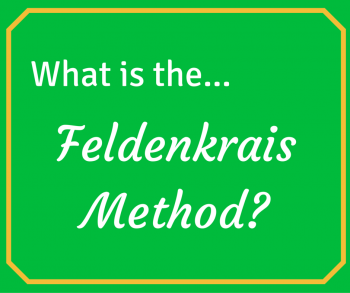 Doctors and aging experts recommend regular physical exercise for seniors to improve quality of life and reduce aches and pains. For seniors with limited mobility or severe joint pain, exercises like walking, lifting weights, and even yoga may be off the table. Another option is the Feldenkrais Method, a gentle system for reducing pain, increasing range of motion and improving balance through better awareness of posture and body mechanics plus hands-on help with individual issues from a trained Feldenkrais practitioner.

Physical therapists sometimes recommend Feldenkrais for seniors whose mobility and balance are limited, but anyone can benefit from the program’s emphasis on good posture and better habits of movement. Research has shown that seniors who participate in regular Feldenkrais classes have better balance and mobility -even while concentrating on another task – and are less afraid of falls than seniors who didn’t take the classes.

Who created the Feldenkrais Method?

This unique movement-therapy/exercise hybrid was created by Ukraine-born physicist and martial arts practitioner Moshe Feldenkrais. His biography, summarized by the North American Feldenkrais Guild, is a story in itself. Feldenkrais worked for Marie Curie’s husband in France before fleeing the Nazi invasion. After an accident during his service with the British Admiralty, he drew on his science and martial arts experience to teach himself to walk again. He later trained practitioners around the world in his movement method and served as the personal trainer to Israeli prime minister David Ben-Gurion.

The hallmark of the Feldenkrais Method is the time spent sitting, standing, or lying down while moving and becoming aware of what’s happening in your body. For example, when you’re sitting in a chair, is one hipbone noticeably higher than the other? Are you carrying stress in clenched neck or jaw muscles? These “Awareness Through Movement” sessions help participants locate pain sources, posture problems, and movement habits that are causing pain or stress.

Want to see what a session might look like? The Feldenkrais Institute of New York has several YouTube videos of awareness through movement classes, including one designed to help students with neck mobility and pain problems.

How to find a Feldenkrais teacher or class

Many senior centers, city recreation centers, YMCAs and JCCs around the US offer regular Feldenkrais classes, some of which are focused on particular parts of the body, such as the hips and lower back. You can also find practitioners using the Feldenkrais Guild of North America’s advanced search tool, which lets you search by location and by specialty, such as back pain, fall prevention, mobility, Parkinson’s, and senior health.