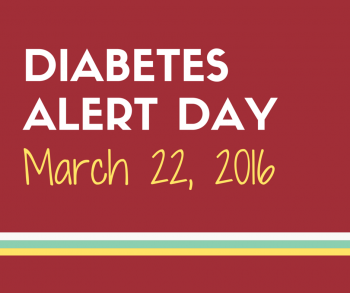 Diabetes affects millions of people in the United States and the number grows every day. Worse, many of the people struggling with diabetes have no idea they have it. With nearly 30 million people in the country suffering from diabetes and more than 8 million of them unaware of it, we have a significant national health problem.

Many diseases have days and fundraisers based around the idea of awareness, but few of them are as widespread and widely undiagnosed as diabetes. And the consequences of having diabetes and not treating it are high. Diabetes is the 7th-highest cause of death in the U.S. – and that’s just the cases where diabetes is a known cause.

The disease affects seniors at a higher rate than the rest of the population. Over a quarter of the senior population, nearly 12 million people, has diabetes. The complications of diabetes can contribute to a large number of other conditions seniors are at high risk for, including heart disease and stroke.

The extent of the disease in the United States, combined with how widespread undiagnosed cases are, has led the American Diabetes Association to organize American Diabetes Alert Day. We know enough about diabetes that no one should have to go undiagnosed and untreated. Today, we focus on helping bring the numbers of the undiagnosed down and providing people with a better understanding of what diabetes is and what we can do about it.

Diabetes occurs when your digestive system doesn’t work as it should. When you’re healthy (or at least diabetes free), your body turns the food you eat into glucose. Once that’s done, your pancreas releases insulin, which your cells use to convert the glucose into energy.

When someone has diabetes, their body either doesn’t produce enough insulin, or their cells don’t process it right. Either way, the system doesn’t work the way it should and the patient ends up with too much glucose, leading to high blood sugar.

The Different Types of Diabetes

There are two main types of diabetes, as well as a couple of less common, but related conditions people may encounter.

About 10% of people who have diabetes deal with type 1 diabetes. Patients who have this version of the disease start exhibiting symptoms at a young age, often in their pre-teen years or early adulthood, so it’s sometimes called juvenile diabetes. This type of diabetes occurs when the body simply doesn’t produce insulin at all.

There’s no cure, so those who are afflicted with type 1 diabetes must develop a lifestyle that makes living with it possible. That means daily insulin injections and sticking to a strict diet recommended by physicians.

Type 1 diabetes isn’t preventable. Doctors aren’t entirely sure why people get it, but it’s probably genetic. While you can’t do anything to prevent type 1 diabetes, as long as you catch it early, you can certainly start to live in a way that minimizes all the risks associated with it.

Type 2 diabetes is much more common than type 1. It accounts for around 90-95% of all diagnosed diabetes cases in adults. Type 2 diabetes is on the rise, even though it’s preventable. The goal of American Diabetes Alert Day is to raise awareness of the growing incidence of Type 2 diabetes and what people can do to prevent or slow down its effects.

Many of the lifestyle choices that put people at risk for getting type 2 diabetes are similar to those you see for other senior illnesses:

While a healthier lifestyle won’t eliminate the risk of the disease 100%, it will bring down your chances of contracting type 2 diabetes considerably.

Occasionally, women who are pregnant face a temporary form of diabetes that lasts the length of the pregnancy. Somewhere around 5-10% of pregnancies are affected by gestational diabetes. By working with a doctor, women with gestational diabetes can reduce the risks associated with the disease for both themselves and their child.

Like it sounds, prediabetes is when your blood sugar reaches a point that doctors feel you’re at risk of contracting type 2 diabetes soon if you don’t take steps bring it down. Nearly 86 million adults have prediabetes. The bad news is that many of them will go on to develop Type 2 diabetes within a matter of years. The good news is that those who are diagnosed have the chance to change their habits and reduce their risk.

Risks and Complications of Diabetes

The complications of diabetes can become severe if it’s not diagnosed and properly treated.  Here are some of the main complications seniors with diabetes should look out for:

Hypertension – Hypertension is one of the most common complications of diabetes. While on its own, hypertension (or high blood pressure) is mostly a warning sign, if not dealt with it can lead to more serious heart problems.

Blindness – Diabetes can contribute to a range of eye problems, many of which lead to blindness.

Kidney failure – Diabetes is the leading cause of kidney failure, contributing to 44% of all new cases in 2011.

Amputations – In extreme cases, diabetes can lead to loss of sensation in the limbs and eventual amputation.

Depression – Diabetics are twice as likely to struggle with depression as those without diabetes.

Heart failure – Diabetics have a higher risk of heart disease and complications from weak heart health.

Stroke – Diabetes increases the risk of stroke, especially for seniors.

Death – It should be no surprise after getting through the whole list to see that diabetes is a common cause or contributing factor in many patients’ deaths.

How to Prevent Type 2 Diabetes

Most cases of type 2 diabetes are preventable. If you want to reduce your risk of everything on that long list of scary complications above, you can. You just have to start doing all those things you know you should probably already be doing for your health, but have a hard time keeping up with:

That’s it. A mild amount of exercise and a few changes to your diet can make a big difference. Studies have shown that even losing a small amount of weight – 5-7% of your total body weight – is often enough. When the stakes are as high as they are with diabetes, a little effort to be healthier seems a small price to pay.

If you think there’s a chance you may already have type 2 diabetes or prediabetes, you’ll benefit from finding out sooner rather than later. You can take the type 2 diabetes risk test to better gauge whether it’s time to head to your doctor with your concerns.

If you do have type 2 diabetes, it’s not too late.  Cultivating healthier habits can still help you avoid most of the complications of the disease. The first step is getting your diagnosis, then you can start working with your doctor to get better.