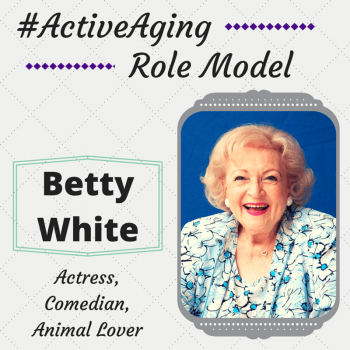 It’s difficult to single out actress Betty White’s most impressive achievement; after all, her career includes eight Emmys, three Screen Actors Guild awards, a Grammy, and many other prestigious awards. But what truly makes her an Active Aging Role Model is probably the fact that her career spans more than 75 years, and does so with sustained quality.

For example, White holds the record for longest span of time between first and most recent Emmy nominations (60 years separate the two), and continues to garner praise from younger and younger generations. This year, she received The People’s Choice Award for “Favorite TV Icon,” and, in 2010, was the recipient of a successful grassroots Facebook campaign to have her host Saturday Night Live. When she did so in March 2010, she became the oldest person ever to host the popular comedy skit show, at the age of 88. 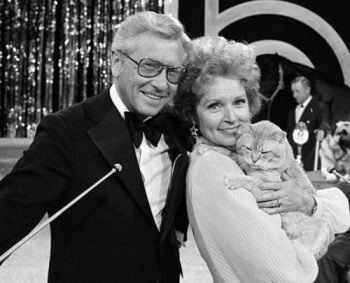 Betty White was born in 1922 and as a child, her family moved to California from Illinois during the Great Depression. She originally thought she wanted to be a writer, but during a school play, she realized her love for acting. She would later go on to begin a career in radio, and move eventually to television where she would truly find her calling. Her first noteworthy role was a guest appearance on “The Mary Tyler Moore Show” that would soon turn into a recurring character spot. Soon after, White would host her own sitcom, “The Betty White Show.”

Her career would only gain momentum from there. The character you envision when you hear Betty White’s name depends largely on your own age. Many seniors may remember her as “The Happy Homemaker,” or her years as TV’s “First Lady of Game Shows.” It was, in fact, on the game show “Password,” where White would meet her husband and love of her life Allen Ludden, making them a power couple on the game show circuit. 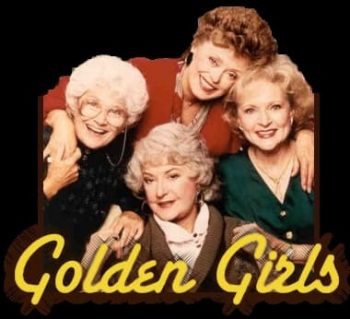 Younger generations may remember her as the sweet but gullible Rose Nylund in her Emmy-winning role as “The Golden Girls.” Sadly, White is the only remaining living Golden Girl, but her character became one of her best-known and loved among sitcom watchers in the late 1980s. White was nominated for an Emmy for every year of the show’s run, which lasted from 1985 to 1992.

You might think that an Emmy would be high point at which to close out your career. White, instead, continued to evolve her career for two more decades. She went on to numerous roles including 22 appearances on the soap opera, “The Bold and Beautiful,” as well as countless guest spots on popular sitcoms, dramas, and late night talk show skits. Of course, some appearances involved a reprisal of her Rose character in various other settings or plotlines. 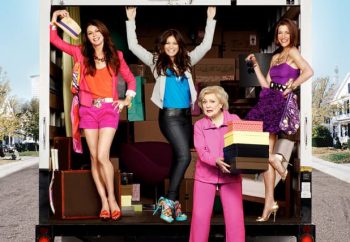 The Cast of Hot in Cleveland

In 2009, she played a key role in the movie “The Proposal,” where she starred as Ryan Reynold’s sweet but high-spirited grandmother living in Alaska. In 2010, she became one of the four key characters in the TV Land show, “It’s Always Hot in Cleveland,” a role for which she was nominated for a Primetime Emmy Award for Outstanding Supporting Actress in a Comedy Series.

The list of her activities and awards continues on. Betty White reminds us all that when you find your passion, there’s no reason you can’t pursue it for your entire life. If you are open to evolving and don’t take yourself to seriously, you can use your talents even at age 93 and beyond.