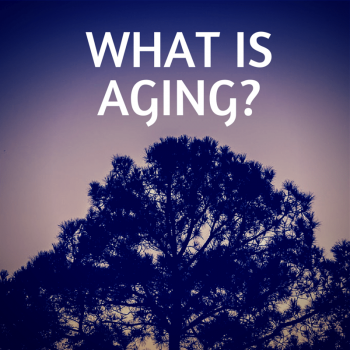 We all think about it. It’s one of the most popular subjects in myths, legends, and fairy tales. The evil queen in the story of Snow White was driven by anger at losing the looks of her youth. The search for the mythical fountain of youth may go as far back in our history as the age of Alexander the Great.  For as long as humans have been leaving records of their thoughts and concerns, aging has been high on the list.

As much as aging is on our minds though, it’s a process we still don’t understand that well. We’re familiar with the symptoms, but the reasons behind why our bodies age the way they do are still largely a mystery to researchers.

The Definition of Aging

The definition of the term is straightforward enough. Aging is: the process of growing old.

Where it gets complicated is understanding what that really means for our bodies and minds.

With age, the human body becomes more vulnerable to illness and injury, and many of our senses and physical capacities become weaker. The details of how aging affects different people varies considerably, but most seniors will experience some or all of the following:

Research has shown that while the effects on the body can be significant, seniors’ personalities aren’t affected by the process of aging unless some other illness, such as Alzheimer’s, plays a role.

We also know that a lot of this starts early – our lungs begin to get weaker as early as age 20, to give one example. But the risk of diseases or other health complications that can lead to death starts to grow considerably after age 30.

Research has also shown that women live longer than men, but generally age at about the same rate. Something about the biology of women makes them less susceptible to diseases throughout their life, which extends to how they experience aging.

And, as best as we can tell, aging itself doesn’t kill people. Evidence suggests that no one dies of old age per say, but rather one of the many possible effects of aging inevitably gets serious enough to cause death.

As hopeless as all that sounds, you can stave off many of the effects of aging with a healthy diet, exercise, and regular trips to the doctor. We haven’t yet figured out how to beat aging or death entirely, but better medicine and greater knowledge of the human body have helped us achieve lifespans much longer than those of our ancestors.

The Mysteries of Aging

While we have some idea of what your average senior can expect as they age, we have yet to figure out why a growth in years corresponds to these changes in the body and brain. The curiosity that drove our ancestors to seek out some solution to aging still infects many scientists digging into the big questions of why our bodies age the way they do and what we can do to slow or change the inevitable effects of age.

For now, we have to accept a certain amount of mystery. In the years to come, perhaps science will catch up with the tide of time and develop ways to alleviate some of the difficult symptoms of growing old.