SeniorAdvisor.com Blog > Blog for Families > Toys in the 1950s

There’s a lot to love about toys from the 1950s. From hula hoops to Frisbees and Barbie Dolls to Yahtzee, let’s take a look at some of these awesome inventions. 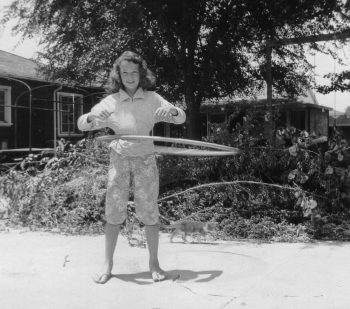 Hula hoops were invented in 1957 and by 1958 had become a huge fad across the nation. Every kid wanted a hula hoop, and they were so inexpensive that most families had one or more. It took a bit of practice to get the hang of it, but once you got going, it was easy. You could see children in their yards swinging and swaying with hula hoops for hours every day. Some could make two hoops go in opposite directions around their torso. There were contests to see who could go the longest before the hoop dropped. Arms, necks, waists and legs were all used to twirl the hoops.

The founders of Wham-O, Arthur Melin and Richard Knerr, had a friend who took a trip to Australia where he saw children using bamboo rings for exercise during school. An Australian company had just begun selling the wooden rings in stores when the man visited. Wham-O produced the hoops in the new material, plastic. They were a hit. Even today there are “hoopers” who use hula hoops for exercise that is fun and healthful.

The same company in 1957 produced the Frisbee. The origin dates back to 1870 when the William R. Frisbie baking company of Connecticut began to imprint their company name on the bottom of reusable pie tins. It was a good 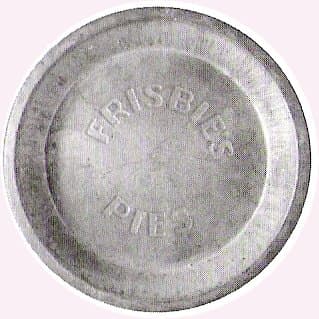 advertising ploy. In the 1940s Yale students began to fly the pie tins through the air in a game of catch. The 1950s were all about science and going to outer space – remember Sputnik? William F. Morrison, enchanted with outer space, designed a flying saucer out of plastic. He introduced the idea to Wham-O and they bought it. While on a marketing campaign to college campuses, the President of Wham-O discovered the pie tins at Yale. When he returned to California, he renamed the flying saucer after the Connecticut baker, changing the spelling to avoid possible legal disputes.

Nowadays you can’t go to the beach or park without spotting a few people playing with a Frisbee. With both the Hula Hoop and the Frisbee becoming so popular in 1957, Wham-O must have had a record year. Amazingly the same items are still popular today. 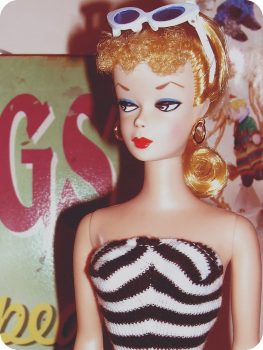 In 1959 the Barbie doll went on sale, squeezing out the popular Miss Revlon doll. Barbie sold over 800 million. Many women can remember playing with their Barbies with their friends, changing their dresses. pretending that they were going shopping or off to a dance. Barbie didn’t have all the accessories that are available today, but it was still fun to play with a doll who looked like an adult, not a child. She is still popular today despite her unrealistically gaunt figure.

There are so many toys that bring back memories. Lionel trains became popular in the early 50s. Yahtzee and Scrabble were introduced. Mr. Potato Head, Tonka trucks and matchbox cars came on the market. All of these toys helped shape the people many of whom are now grandparents. And how much fun it must be for them to share their favorite childhold games with their grandchildren years and years later!