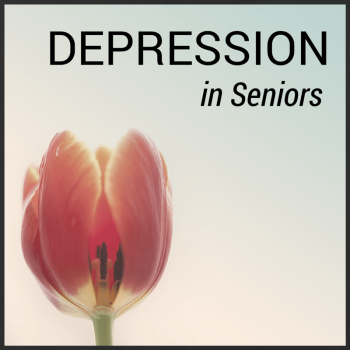 Depression is a common and treatable illness that often goes undiagnosed among older people. As part of National Mental Health Month, here are answers to frequently asked questions about how depression affects seniors and how proper diagnosis and treatment can improve your overall health.

Experts answer this emphatically: No, depression is not a normal or inevitable part of growing older. The National Institutes of Health cites research showing that “most older adults feel satisfied with their lives, despite having more physical ailments.” Depression isn’t just a blue mood. Untreated depression can cause health problems such as malnutrition and sleep deprivation, and it can be a contributing factor in some cases of dementia.

What are some signs it’s time to see the doctor?

Any talk of suicide is a medical emergency and requires a trip to the ER for evaluation. White men over 85 have the highest suicide rate of any age or ethnic group, so it’s important to take suicide talk seriously. NAMI says that other signs of senior depression may include:

Reading that list, it’s easy to see why depression can be tricky to diagnose. Many symptoms mimic signs of dementia, sleep apnea, and even cancer — and depression can co-exist with these conditions as well. Ask your doctor for a full depression screening. You can also request a referral to a geriatrician or a geriatric psychiatrist with experience teasing apart the symptoms of depression and other diseases.

Can depression be treated?

Yes. Today’s SSRI drugs can restore proper brain chemistry to lift the fog of depression, restore appetite, and regulate sleep patterns. New, relatively inexpensive genetic tests can help doctors select the best drug for each patient. Talk programs such as cognitive behavioral therapy can help patients cope with issues that may contribute to depression, such as grief and chronic illness. In extreme cases of life-threatening depression, electroconvulsive therapy can save lives.

Doctors say that the sooner treatment is started, the more effective it is.  There’s no need to accept exhaustion and lethargy as normal at any age. Talk to your doctor if you have depression symptoms or think you’re depressed, and ask for immediate help if you or a loved one is suicidal. You can find more information at the National Institute of Mental Health and the National Alliance for the Mentally Ill.