For this year’s crop of high school seniors, it’s almost graduation time. Signing yearbooks and seeing who thought up the funniest and smartest senior quotes is a tradition. But why should high school seniors have all the fun? There are plenty of well-known seniors with a lifetime’s worth of wisdom to share in quotable form. Here are some of our favorite “real” senior quotes.

Academy Award-winning actress Susan Sarandon, age 68, on beauty and aging: “I look forward to being older, when what you look like becomes less and less an issue and what you are is the point.” 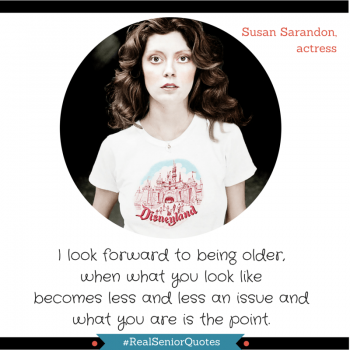 66-year old film actor Samuel L. Jackson, who played Mace Windu in the Star Wars prequels, on asking for what you want: “I never asked for anything except a purple light saber. George [Lucas] said, “Well, light sabers are either red or green.” I said, “Yeah, but I would like a purple one.” 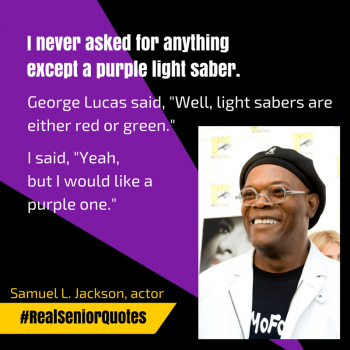 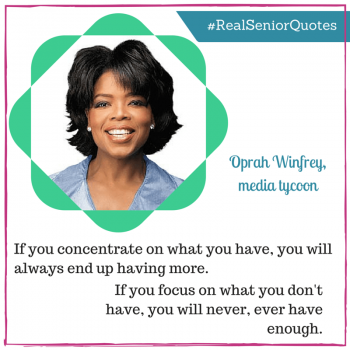 Country music legend and legal-marijuana entrepreneur Willie Nelson, age 81, on mind-altering substances and truth: “As adults we try to relax from the never-ending quest for reason and order by drinking a little whiskey or smoking whatever works for us, but the wisdom isn’t in the whiskey or the smoke. The wisdom is in the moments when the madness slips away and we remember the basics.” 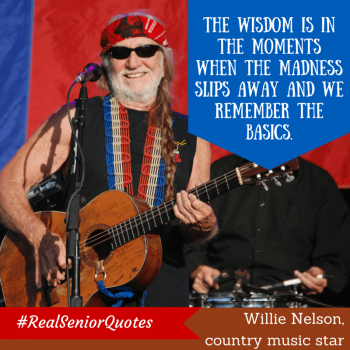 Horror, science fiction, and fantasy author Stephen King, age 67, on changing priorities:  “The force of my invention has slowed down a lot over the years and that’s as it should be. I’m not a kid of 25 anymore and I’m not a young middle-aged man of 35 anymore. I have grandchildren and I have a lot of things to do besides writing, and that in and of itself is a wonderful thing, but writing is still a big, important part of my life and of every day.” 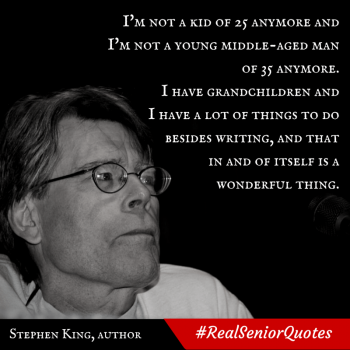 Television actress Betty White, age 93, on retirement: “Retirement is not in my vocabulary. They aren’t going to get rid of me that way.” 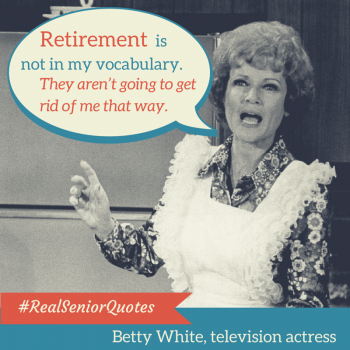 Legendary investor Warren Buffett, age 84, on what matters: “Too often, a vast collection of possessions ends up possessing its owner. The asset I most value, aside from health, is interesting, diverse, and long-standing friends.” 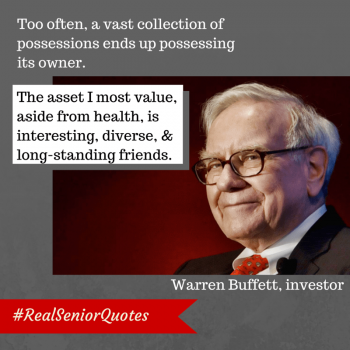 Feminist author and activist Gloria Steinem, age 81, on the give and take of wisdom: “We need to remember across generations that there is as much to learn as there is to teach.” 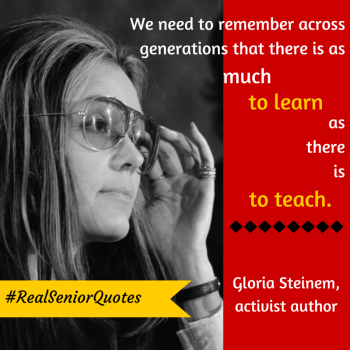 Rock and Roll Hall of Fame inductee Paul Simon, age 73, on life and art: “It’s actually very difficult to make something both simple and good.” 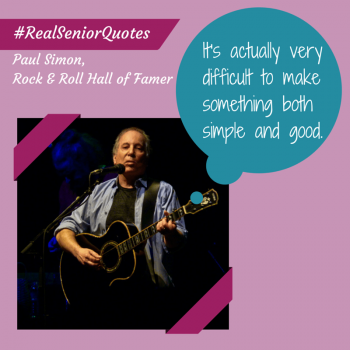 Singer, actress, and style icon Cher, age 68, on the truth: “Honesty makes me feel powerful in a difficult world.” 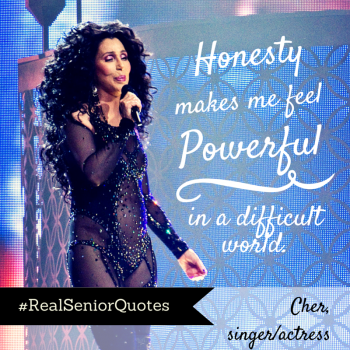 Nobel Prize-winning author Toni Morrison, age 84, on life:  “At some point in life the world’s beauty becomes enough. You don’t need to photograph, paint, or even remember it. It is enough.” 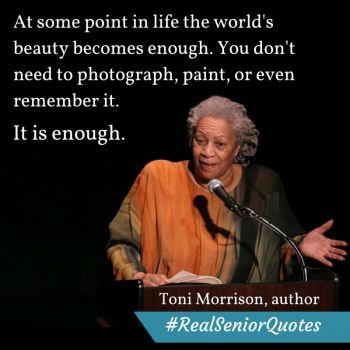