SeniorAdvisor.com Blog > Blog for Families > A Holiday For The Times: How Halloween’s Changed Over the Decades

A Holiday For The Times: How Halloween’s Changed Over the Decades 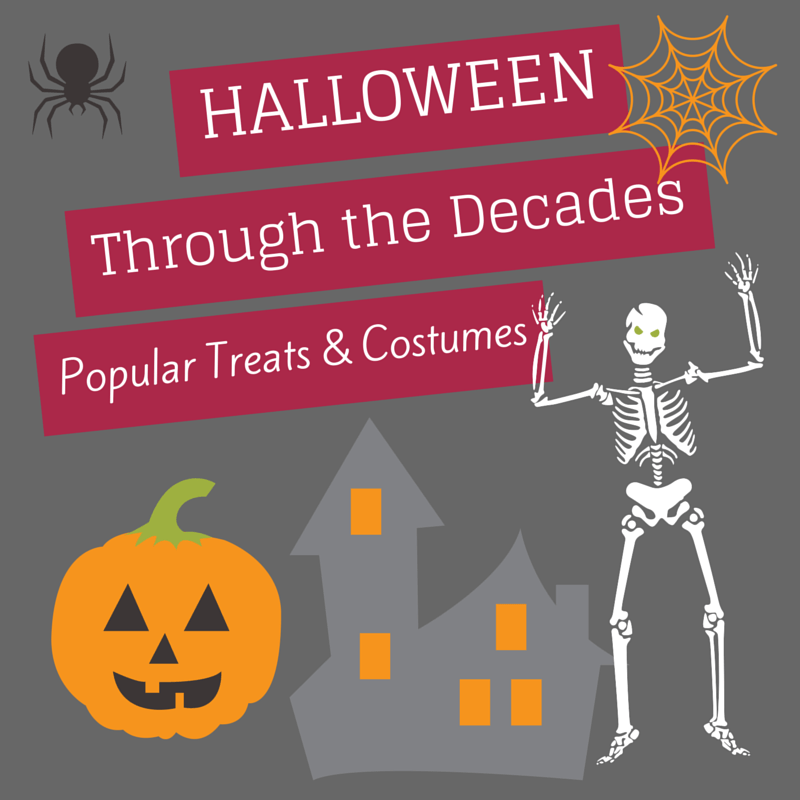 Resembling no other holiday we celebrate, the bizarre but fun rituals of Halloween have become an important fall experience for people in the United States every year. Adults look back on their childhood memories with fondness, as kids look forward to getting into just the right costume and bringing home a massive haul of candy each year.

Like the people celebrating it, Halloween has worn many faces over the years. Here’s a look back to how people have celebrated the holiday over the past few decades.

The 1950’s were when trick-or-treating first really became widespread in the United States. The idea of kids dressing up and begging for treats door-to-door had existed in previous years, but was understandably slow to take hold. But once it hit, it had real staying power. By the 1960’s it was a familiar fall tradition.

For much of the fifties, kids were as likely to get coins, nuts, fruit, or drinks of Kool-Aid as they were candy. Once the candy companies really got on board, kids could expect taffy, atomic fireballs, chewing gum, and mini Baby Ruth, Butterfinger, and Milky Way bars.

A lot of the traditional scary standards were common: skeletons, witches, and ghosts. Cowboys, clowns, and a few popular TV show characters like Zorro and Superman found their way onto the streets as well.

In the 1970’s and 1980’s a new kind of fear was introduced in association with Halloween. While the fun behind courting scariness with spooky costumes remained, parents became concerned with more tangible fears of their kids being poisoned or fed razors hidden in the treats they received. News reports and urban legends proliferated to make trick-or-treating start to feel a little less harmless.

In 1978, the holiday also took on some extra significance due to the iconic John Carpenter film of the same name. Michael Myers’ massively successful introduction to the world that year inspired an ongoing Halloween tradition of horror movies opening in late October.

These decades also saw Halloween beginning to become a huge celebration for adults as well as kids, trailing only New Year’s Eve as the largest adult party night in the United States.

Now that the candy companies had claimed the holiday, kids had an extensive variety of candy options. Candy corn, Reese’s Pieces, popcorn balls, jelly beans, Nerds, Zotz, and Mr. Bones all made common appearances in kids’ Halloween baskets. And those adult celebrations were likely to include some alcoholic treats alongside the same candy the kids were enjoying.

Many of the spooky and superhero costumes of the 50’s and 60’s were still on display, but a number of pop cultural icons were added to the list. Characters from Star Wars and Disney movies were regularly seen wandering suburban streets, as were some of the iconic killers from the horror movies gaining in popularity. In the 1980’s, iconic images of the time like Michael Jackson, Alf and Pac-Man joined the fray.

By the 1990’s, most parents had realized that those razor blade stories were urban legend, but many still opted to stick with familiar neighborhoods and houses when taking their kids out for Halloween. There was also a growth in alternative trick-or-treating options in these decades, like events at churches and malls.

Halloween parties for adults remained at least as popular as they were in the preceding decades and the industry around costumes and candy only continued to grow in this period.

Miniature candy bars of all the standard types could be expected to help fill up those pumpkin-shaped containers, as did a number of fruity flavored sweets like Sweet Tarts, Gummi Bears and Swedish Fish. People could easily find pretty much any kind of candy they liked conveniently packaged into fun-sized Halloween packages to distribute to kids, so the options were more varied than ever.

Throughout these decades, the most popular costumes each year were determined by the most popular pop cultural properties. That means Power Rangers, Ninja Turtles, Barney and Harry Potter characters were some of the top kids’ choices, while adults regularly donned costumes like the Joker from the recent Batman movie, Ghostface from Scream, and the Bride from Kill Bill.

Halloween celebrations today combine many of the factors gained over the years. It’s still a celebration that spans all ages and inspires a number of creative costumes and party ideas. The gleeful celebration of spooky imagery can be seen in stores, household decorations, and the culture at large throughout October.

No matter how old you are, we encourage you to relish those fond memories of trick-or-treating as a kid and celebrate the holiday by indulging in costumes, movies, or any other Halloween tradition of your choice this year!

SeniorAdvisor.com is your best online resource for ratings, reviews, and more information about assisted living in Houston and other cities.

How to Organize Medicine
Should You Get a Flu Shot?