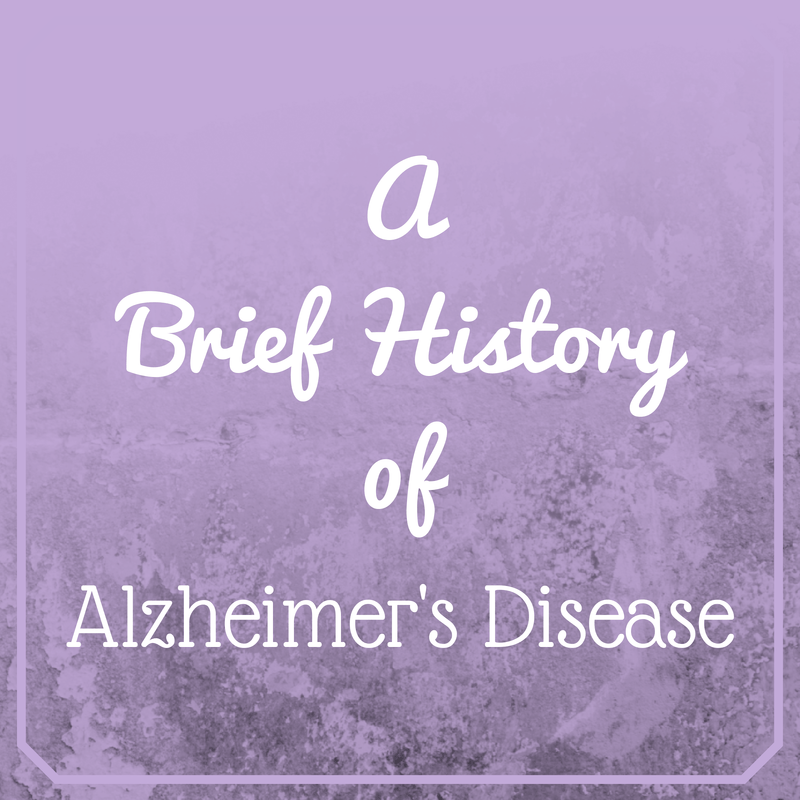 Alzheimer’s isn’t new, although the way we talk about it is. For much of human history, senility and dementia seemed a normal feature of aging. In the early 20th century, a German doctor named Alois Alzheimer was the first to pinpoint a cause, and identify the common problems as symptoms of a specific disease.

Alzheimer’s Care Before It Had a Name

Before Alzheimer’s was understood as a disease in its own right, the care for Alzheimer’s patients was lumped in with that of other forms of illness and mental illness. Much of the responsibility for taking care of seniors that exhibited symptoms of the disease fell to family.

Starting in the 19th century, families that didn’t have the ability to provide care for relatives themselves could send them to institutions. Unfortunately many of the institutions available in the 19th and early 20th centuries didn’t provide any type of specialized memory care. Seniors experiencing dementia were housed with and treated in much the same way as patients with various types of mental illnesses, orphans, and anyone else unable to be properly cared for by family members.

The Discoveries of Alois Alzheimer

Before focused Alzheimer’s care could become a reality, the disease had to become identified and at least somewhat understood. Dr. Alois Alzheimer made his most important discovery in 1906.

After the death of a patient who had exhibited memory problems and confusion, he performed an autopsy on her brain to learn more. He found plaques around some of the brain’s nerve cells and twisted bands of fiber inside of them. The disorder he’d discovered soon after came to bear his name.

Other Important Alzheimer’s Research and Discoveries

In the years since Dr. Alzheimer’s initial discovery, the growing realization of how many people are affected by the disease and increased access to improved technology to study it have combined to influence advanced and dedicated research efforts to learn more.

While there’s still a lot we haven’t figured out about Alzheimer’s disease, there have been a few notable discoveries along the way.

While that paints a troubling picture of the future, the upside to the growth of the disease is that it’s accompanied by a growth in awareness and attempts to understand it. We don’t know yet what causes Alzheimer’s or how to cure it, but research continues in earnest. Patients and their families have a number of Alzheimer’s care options to choose from, including in-home care, assisted living and residential care options.

Find Alzheimer’s care or assisted living in Dallas, Los Angeles, and any other city in the US on SeniorAdvisor.com.