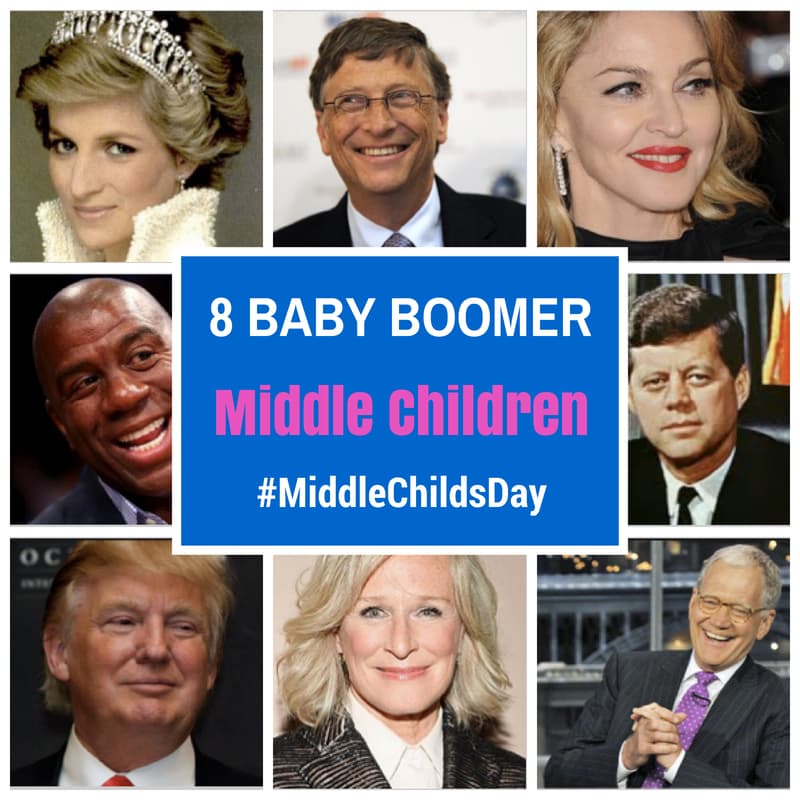 There are plenty of jokes at the expense of the poor, overlooked middle child… enough to have an entire “Jan Brady Syndrome” satirically created. Not the first-born, not the baby, the middle child is often painted as bitter, resentful, and fighting for attention. But how realistic is that perception?

History shows that many middle children – especially those in the Baby Boomer generation – are actually among the most successful, talented, and driven of their peers. So in honor of Middle Child’s Day this August 12th, we present to you 8 famous boomers who are also middle children. 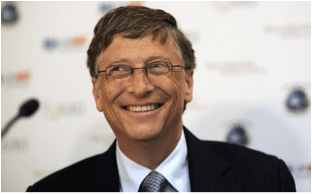 Consistently ranking in the Forbes list of the world’s wealthiest people, Gates is today considered to be the wealthiest American and the world’s second wealthiest person. Also a well-known philanthropist, Gates is the former chief executive and chairman of Microsoft, the world’s largest personal-computer software company, which he co-founded with Paul Allen. Born in Seattle, WA to an upper-middle class family, Gates has one older sister, Kristi, and one younger sister, Libby. 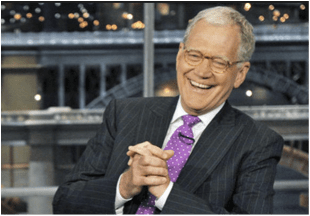 Recently surpassing friend and mentor Johnny Carson as the longest-serving late night talk show host in TV history, Letterman has been a fixture on late night television since the 1982 debut of “Late Night with David Letterman” on NBC. Letterman is also a television and film producer, with his company, Worldwide Pants, creating shows like “The Late Late Show with Craig Ferguson” and “Everybody Loves Raymond.” He was born in Indianapolis, IN, to a florist father and church secretary mother, and has two sisters, Janice and Gretchen. 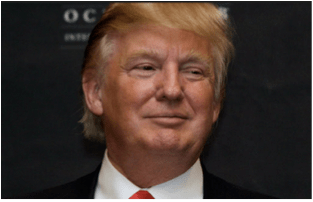 An American business magnate, investor, television personality and author, Trump is the chairman and president of The Trump Organization and the founder of Trump Entertainment Resorts. Trump is considered one of the best-known real estate entrepreneurs in the US, having been born to a famous New York real estate developer father. He’s also spent over $1 million toying with the idea of running for President of the United States. Technically the middle child, Trump was actually one of five children. 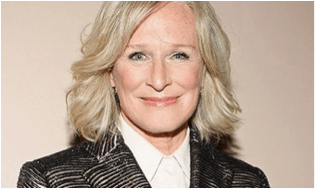 A three-time Emmy Award winner, Close has also received three Tony Awards, two Golden Globes, one Screen Actors Guild Award, and six Academy Award nominations. Close began her career as a Broadway actress, later transitioning into film, starring in well-known movies like “The Big Chill” and “The Natural.” She continues to retain star power, starring in the most recent release of “Guardians of the Galaxy.” Close was born in Greenwich, CT, and has four siblings. 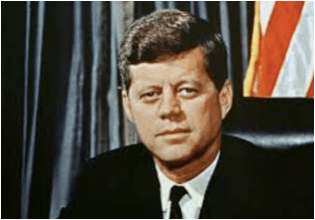 Arguably the most famous middle child, Kennedy served as the 35th U.S. president, negotiated the Nuclear Test-Ban Treaty, and initiated the Alliance for Progress. Known for his work as a civil rights activist, he was the second youngest president to ever be elected, and the first US president born in canadian viagra the 20th Century. Sadly, he was assassinated amid great mystery in 1963. Kennedy was born in Brookline, MA, to parents representing two wealthy and prominent Irish Catholic Boston families. Kennedy was the second oldest of nine children. 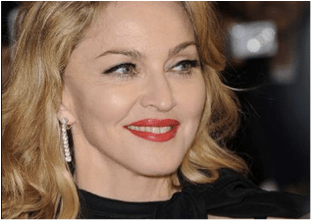 Madonna Louise Veronica Ciccone – better known simply by her first name – fought her way to the top of the 80s pop music chart, eventually achieving 21 Top 10 hits in the US and selling more than 70 million albums globally. She was at one point named the world’s wealthiest female musician by Forbes magazine. Her best-known hits include “Papa Don’t Preach,” “Like a Prayer” and “Vogue.” She continues to make waves internationally is known for constantly reinventing her image, and her super-toned physique. Born in Bay City, MI, Madonna grew up with 7 siblings. 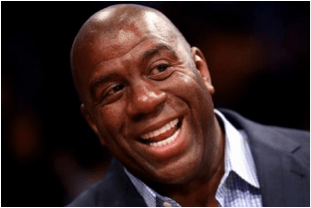 Spending 13 seasons as point guard with the NBA’s L.A. Lakers, Earvin “Magic” Johnson, Jr.’s career includes three NBA MVP Awards, nine NBA Finals appearances, and twelve All-Star games. He retired abruptly in 1991 after announcing to a shocked world that he had contracted HIV. He would later go on to make two comebacks to professional basketball, and eventually retire for good in 1996. Johnson has since become an advocate for HIV/AIDS prevention, an entrepreneur, a philanthropist, and a broadcaster. Johnson has six siblings. 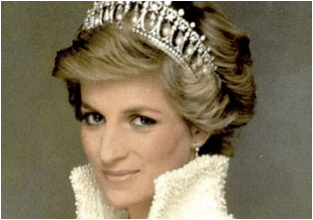 Born Diana Spencer, she captured the attention and hearts of the world when she became Princess of Wales after marrying Prince Charles. Although viagra from filsonhistorical.org the two would later divorce, Diana continued to be one of the most cherished members of the royal family and used her notoriety to positively impact the world, raising awareness on issues such as the battle against the use of land mines. With the fame came an obsession with her personal life as well, and Diana was later sadly killed in a car accident as her car fled trying to escape the paparazzi. Diana had two brothers, and two sisters.

Who is your favorite celebrity middle child? Cast your vote in the comments!