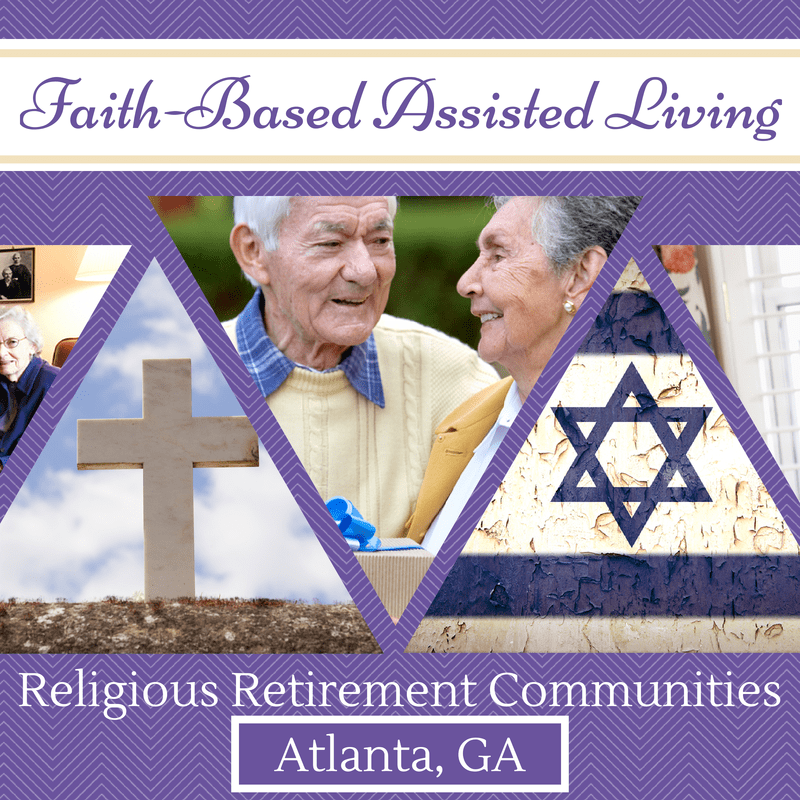 One of the biggest challenges of moving to a new city, or even a new neighborhood, can be finding the right religious community. Fortunately, seniors seeking out assisted living communities in Atlanta have a feast of spiritual choices.

Religion has always been part of Atlanta’s community life and history, from early Protestant congregations to the historic Ebenezer Baptist Church where Dr. Martin Luther King Jr. preached. Today, the city’s spiritual life is as diverse as its growing population, with huge Evangelical churches, a growing Catholic population, several Orthodox Christian congregations, a large Jewish community, dozens of mosques, Buddhist and Hindu temples, and one of the country’s biggest Unitarian Universalist congregations.

Worship at home and around the city

There are more than 65 assisted living communities in the Atlanta metro area that offer devotional services to residents, making it easy to find time for prayer, contemplation, and religious study right at home. One example is Elmcroft of Mt. Zion in historic Jonesboro, just south of Atlanta. This senior community offers Sunday church services, along with regularly scheduled prayer, Bible study, and devotional times. The rest of the community calendar is full of options to keep busy or to unwind and relax: afternoon strolls, board games, parties, and film screenings.

A little farther east, retirement communities in the Tucker and Norcross area, such as Northlake Gardens, give residents easy access to the aforementioned houses of worship as well as 3 Hindu temples. One of them, the BAPS Shri Swaminarayan Mandir Atlanta, is the world’s biggest such temple outside India.

This year marked the 70th anniversary of the popular Easter Sunrise Service at Stone Mountain, one of the most popular Christian events in the state. Each year, thousands of worshippers arrive before dawn for simultaneous services on the mountaintop (accessible by cable car and on foot) and on the lawn below. Sign language interpreters translate both services.

The Jewish Federation of Greater Atlanta maintains a full calendar of social, artistic, and volunteer events. The JFGA is one of the sponsors of the Atlanta Jewish Music Festival, now in its 6th season. The annual spring festival brings together contemporary Jewish bands and promotes other Jewish performances year-round.

Atlanta’s Muslim community is also busy year-round with everything from Hajj seminars to Muslim Family Day at Six Flags. Film screenings, Ramadan events, and service projects offer lots of ways to connect with the community.

Perhaps the most eye-catching cultural event in the Atlanta is the annual Holi festival, held at the start of spring in a local park. Participants of all ages douse themselves and each other with colored powders in a playful springtime ritual with ancient Hindu roots.

For seniors who want an assisted living arrangement that offers spiritual as well as physical support, there are plenty of options in Atlanta.

How Much Does Atlanta Assisted Living Cost?

How Much Do Atlanta Nursing Homes Cost?

Find assisted living in Atlanta near you.