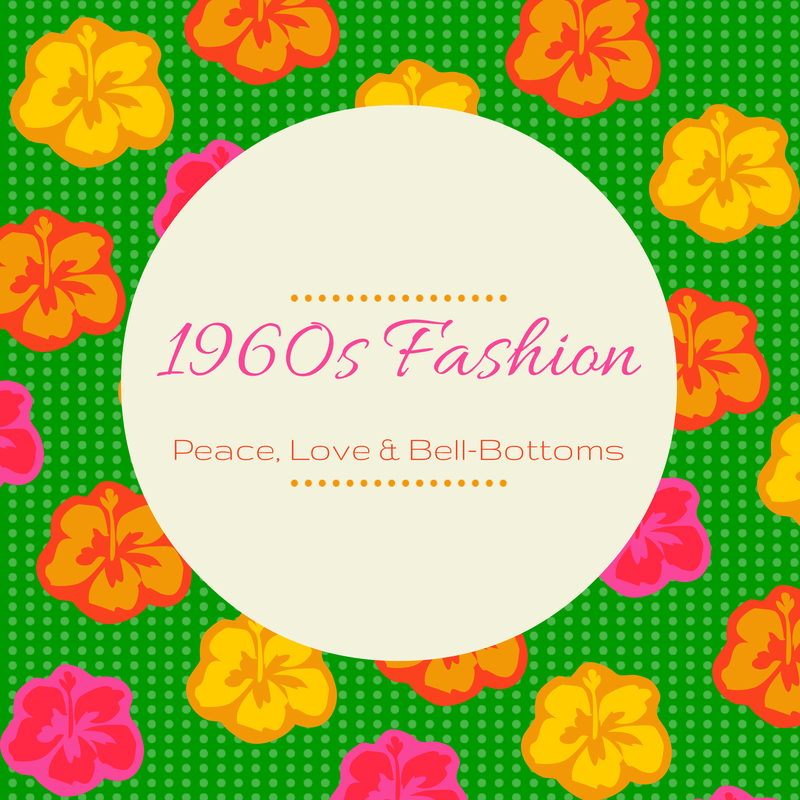 About Celebration of the 1960s: This four-part series looks back at the memorable highlights and trends that made up this exciting decade.

The beginning of the 1960s marks the end of the baby booming period and the beginning of the new modern woman and social justice for all. Fashion is about expressing your personality by how you present yourself. In the 1960s, people wanted to be seen and heard and always thought of as an individual. This way of thinking trickles down to the fashion. Designers decide to leave the traditional fashion etiquette behind and use colorful fabrics to bring their bold designs to life.

The first thing to go in the 1960s was the separation of formal and casual wear. Why have an outfit just for formal occasions and one for a casual affair, when you can one outfit for both occasions? It’s economical, and it saves you time from getting dressed. Women were out of the home and in the workplace and needed transitional clothing.

That’s right. Before the 1960s, there were no blue jeans. Today, blue jeans are a staple in any wardrobe. Both men and women wear them. Blue jeans can be dressed up or dressed down. In the 1960s, blue jeans were kind of unisex. There were no low riders for women. It is one size fits all. The only difference was how wide your bell bottoms went out and whether the flare covered a platform shoe, a Cuban heeled shoes or some nice pair of Chelsea boots.

Bell bottoms started out as a high fashion denim jean that could be worn with blouses and a collared shirt. By the end of the 1960s, the fashion trend was adopted by the hippies, and bell bottoms were soon paired with tie dye shirts.

The 60s also liberated women from restrained clothing. The emergence of the miniskirt was the first time any dress or skirt had a hemline that was above the knee. Most people thought the miniskirt was scandalous, but baby boomers loved the freedom from having to wear stockings, gloves and hats every day. Miniskirts also drove home that feeling of rejecting the social norm and being your own person. Today, people think of miniskirts as sexy, but back then, wearing a miniskirt was a symbol of feminism. Yes, you read that right!

The fashion in the early 60s was sleek and slender. It was all about showing the natural lines of your body. Sleeveless dresses and straight shoulders also became a fashion trend.

Speaking of trends, “flower power” was inspired by Indian and African cultures. It started out as a protest of the Vietnam war and emerged as one of the leading fashion trends in America. Flowers were a simple of non-violence. Hippies made their own clothing and embroidered bright and bold flowers on them.

The Flower Power look was not complete without long hair. People grew out all of their hair, whether it was on their head or on their face. Men wore long beards and long hair. Everyone was looking shaggy by the end of the 1960s.

The 1960s hosted the height of the United States civil rights movements. The afro renewed a sense of black identity. That is why many African Americans put up the hot comb and expressed their pride for ttheir heritage by wearing their hair in its natural texture. As the 60s moved forward, Afros go from close cropped hairstyles to big puffy showpieces. This trend continues into the 1970s, when Afros become mainstream and other races start to wear them.

There were many fashion trends in the 1960s. The main theme present among them all was the sense of being your own person and demanding that you have the freedom to wear what you want when you want to do so.

What was your favorite style trend of the Sixties? Tell us in the comments!